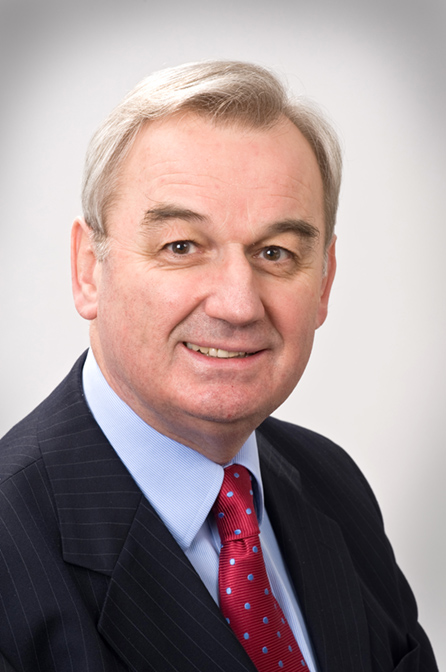 At the core, membership numbers continue to grow. This is very encouraging as the financial crisis has had an impact on employment and job security. Moreover we know many members’ fees are paid by their employer and in times of cost cutting getting professional fees paid by the firm is getting harder. However I am pleased to say that in the year to 31 March 2011 membership rose to 244 at that date. But growth in the eleven months since has been more modest and fully paid membership at 16 March 2012 was 278.  New applications have fallen significantly and this is an issue that Council and Executive are addressing.

Membership is truly international. Whilst the centre of gravity remains London, Scotland, Hong Kong and most of all Nigeria are also large bases for membership. We have members in 39 countries, showing the progress in the geographical diversity of the Institute.

It is interesting to note that the membership of the IOR’s Linked In group is over 1000, which shows the latent interest among practitioners in building their understanding and in discussing professional points of interest.

It gives me great pleasure to report the establishment of a Chapter in Nigeria. Following presentations Mike Finlay and I did to an operational risk conference in Lagos, organised by Member Olaniyi Olelemi. A number of practitioners put themselves forward as interested in a chapter and it was formally recognised by Council after a further conference in April 2011. There have been two more events and the Chapter’s theme for events this year is Upskilling Operational Risk Managers in Nigeria. The Chapter is led by Edima Ben Ekpo with a committee of Olaniyi Olalemi, Chika Nwachukwu, Eneni Oduwole, Samuel Ekenem, Esther Ekpe, Akinola Odedina and Aniefon Omorogieva. The Institute has a high membership level in Nigeria.

In Scotland, four Scottish Chapter events have been held since April 2010. This includes the Chapter’s First Annual conference, a one day event available to many operational risk practitioners and held in October last year. There has been a very active organising committee there including Brian Rowlands, Allan Barr and Katie Cowan, with Caroline Tinsley doing a huge amount to lead and coordinate it all, and do much of the organisation.

The Far East Chapter continues to grow and thrive. After the inaugural ceremony in June 2010 it ran four events in partnership with other professional bodies through to end March 2011. Since then .the pace has continued, with 3 further IOR events for members, and with members being invited to three other events held in partnership with other academic and professional bodies.

At the same time, Dominic Wu, leader of the Chapter in the Far East, has answered invitations to lecture students at the prestigious Hong Kong University of Science and Technology in a series of seminars, and tospeak at the Annual Conference of the Hong Kong Institute of Bankers.

The Team in Hong Kong have also become more involved in Institute affairs and our thanks go to in particular to Sue Peng has joined the panel of appraisers of membership applications, and has prepared an issue of the Newsletter.

The Chapter in Germany continues to progress, with three conferences and workshops there since its inauguration in early 2011. The next will take place on 10 May. We are grateful to Walter Dutschke for his work in putting the Chapter on solid ground with support from Dr Gerrit-Jan ven den Brink, Prof Dr Thomas Kaiser, Joachim Pfeifer and Bodo Schmidt.

In London, the programme of seminars is re-establishing its normal frequency of four day events in the year, or equivalent. In 2011 there were three such events, and this year one has already been held. Another is due on 24th May and the programme is planned beyond that. We are grateful to John Chapman f  or the work he has done on this, and to Mike Laird who has taken on the leadership.

The highly successful series of Sound Practice Guidelines continued to expand. New papers were produced on Risk Categorisation and on Operational Risk External Loss Events. The contributors who worked on them were Brian Rowland, Simon Ashby, Katie Cowan, Lisa Lucchesi, John Winter, Penny Cagan, Jonathan Howitt, Roger Stockdale. This makes a total of six papers, which have been much in demand on our website. Four of them have had over 100,000 hits since we put a count on them. It is clear that through this alone the Institute is fulfilling its mission of raising standards in the discipline.

The Sound Practice Team, earlier led by Richard Baker and now Brian Rowlands, is currently working on a new Guideline, namely Stress Testing and Scenario Analysis, and a review / update of the Risk Appetite paper first published in December 2009.

These papers provide a fine occasion for the IOR to be featured in the professional press. Coverage was achieved for both the recent papers. I am pleased to say that the IOR is approached by the risk press to comment on events, and we seek to get publicity for the Institute on our own initiative as well.

One such occasion arose from our Annual Lecture in February. The Institute was fortunate to have an address by Lord Malloch Brown. Chairman of the EMEA division of international consultancy FTI, he has been Deputy Secretary General of the United Nations and a UK government Minister. His speech about the political and economic risks facing us, locally and internationally, was very informative.

I’d like to mention a major piece of research-based work that three of our members prepared for the prestigious Cass Capco series on Risk Management. This was written by Simon Ashby, David Clark and John Thirlwell. It will be presented at the 5th Cass Capco Seminar in April and be included in the next edition of Cass Capco Risk Management papers.

Another member, Alan Peachey, has updated his “Great Financial Disasters of our Time.” This is an exceptionally well researched case book of major losses and helps one to demonstrate that it is hard to claim major losses “couldn’t happen here!”

These activities could not take place without a good infrastructure to the IOR. Last Spring however we were advised that the firm who had been undertaking the administration for us wished to cancel the contract following its acquisition by a very large firm and a re-focusing of its priorities. After consideration of alternative organisations to take over the work, Not For Profit Business Services was selected and contracted. It is led by Paul Neale, who is with us tonight. The transition from one firm to the new one took place in October last year and we hope members did not experience any special difficulties in changing over. We are pleased to be working with Paul’s firm. I’m grateful to Alan Dunk and Asim Balouch for all their work in selecting the firm and makng all thr arrnagements.

The other key piece of Infrastructure is the website and our emailing capability. The website is continuously updated to include the latest news. The previously mentioned Linked In website is important too. This activity is led by Michael Faber, supported by Pravinder Arora. We are grateful to them for this work, and I know they are always keen to get new materials and topics for both the website and the Linked In page. .

As the Treasurer has touched on the Finances on a running costs basis are in balance, but with little slack. The website and the office services we purchase make a large demand on us. Costs have been constrained in the past year as a precaution against weakness in membership numbers. Council also resolved to ensure resilience of the Institute by having a £19,000 reserve.

The Institute’s audit committee has undertaken a substantial review. It has made a number of recommendations. These include ensuring that there is a full and up to date set of Terms of Reference for the bodies in the Institute, and to review the strategy of the IOR, last set in 2010. The committee comprised Simon Ashby, Rubina Faber, who made a particularly notable contribution to the Audit, and Yema Tucker and I am very grateful for their work.

A key part of the IOR’s services to members is to provide pointers to them about conferences and courses worthy of our support. Daniel Golding, with colleagues David Breden and Roger Stockdale, have endorsed 15 events since April 2011 and supported a further 3 events. Preferential terms were received for members for all events which included either a discount of up to 25% and/or a free delegate place.

The Institute has continued to look at courses in Operational Risk Management and accredit the best. In 2011 the MSc course that Glasgow Caledonian was assessed and approved, following one at the University of East London. Assessment of these academic courses takes a lot of work, and Simon Ashby with Roger Stockdale and Rodney Young have been generous with their time. Jeremy Quick has been a guiding force of this valuable activity.

We will be electing new Directors to the Council of the Institute. I want to place on record our thanks to those who are retiring by normal rotation or who have resigned because of pressure of work. They are Simon Wheatley, Yema Tucker and Jeremy Quick.

Simon has been a voice of practical sense on the Council. From the point of view of the Council it is unfortunate that Simon’s work has not only grown because of merger activity by his firm, but that he has also had to do a lot more overseas travelling as a consequence. We are grateful to Simon for his service.

Yema has made a huge contribution to the Institute, in particular in the most difficult years when it was shifting to a small group in which nearly everyone knew everyone else, to being a much larger activity. Yema put in place the processes we needed especially around membership, and acted as secretary to the Executive Committee for a long time. We are grateful for all Yema has done.

Jeremy has been a great supporter of the Institute, including being a moving force of its antecedent, the Operational Risk Research Forum which first got discussion going about this new thing called Operational Risk. He has strongly believed in the development of the discipline at the personal and institutional level. His work in recent years on the accreditation of courses has been notable and I am pleased that he will be continuing to give his time to this. His wisdom and advice on Council has been invaluable.

Finally I must thank the members of the Executive Committee and workstream leaders for their contribution to the IOR in the year under review. Chaired by Asim Balouch the members are Michael Faber, Ron Cox, Stephen Murgatroyd, John Chapman, Mike Laird, Alan Dunk and Trevor Bedeman.

So the Institute continues to promote the discipline of operational risk with membership solid, and we hope applications will accelerate again. The Council is grateful for the support of all members, and I would like to assure all that it is the firm intention of myself, the Council and the Executive Committee to provide a unique service to members.